Art in the Gardens

Rock City strives to serve as a leading cultural entertainment innovator. Since the Spring of 2009, Rock City has added 7 art installations throughout the gardens. A common thread of all the pieces is the inspiration Rock City's Enchanted Trail gave to each artist and their work - the natural beauty and "quieting of the spirit" are depicted.

Rock City’s newest artful innovation, the Hall of the Mountain King project, weaves together nature and magic while building on the original folklore loved by Frieda Carter. Several local artists are continuing collaboration with Rock City’s Innovation team to use a variety of materials and media to bring a new level of enchantment ot the gardens. This phase of the project introduces Ibsen the Troll, a larger-than-life figurative sculpture created by Rock City’s senior manager of innovation, Will Jackson. Ibsen and the caverns he inhabits, are inspired by the classical piece “In the Hall of the Mountain King” by composer Edvard Grieg, as well as Henrik Ibsen’s play, Peer Gynt.

Come visit throughout our 90th anniversary year to watch our Hall of the Mountain King installation continue to unfold! 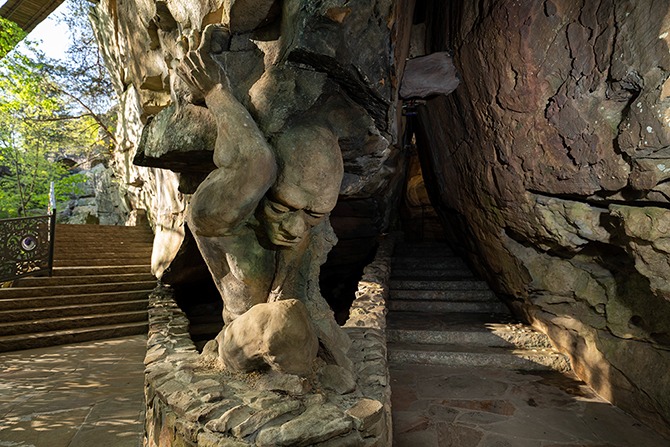 “The Rock City outdoor sculpture I have created is of a figure designed to evoke a sense of whimsy, history and magic,” said Dutton. “Maloria reaches out to gesture the deer below, while a small songbird lands on her finger. Her appearance is stoic, reminiscing days of lore and fairy tale. Her long cloak drapes to the ground like heavy sackcloth sheltering her from the elements, while adding to the mystery of her identity. A protector and guardian of the gardens, she communicates with the animals and gnomes that reside at Rock City to ensure the longevity of its natural splendor.” 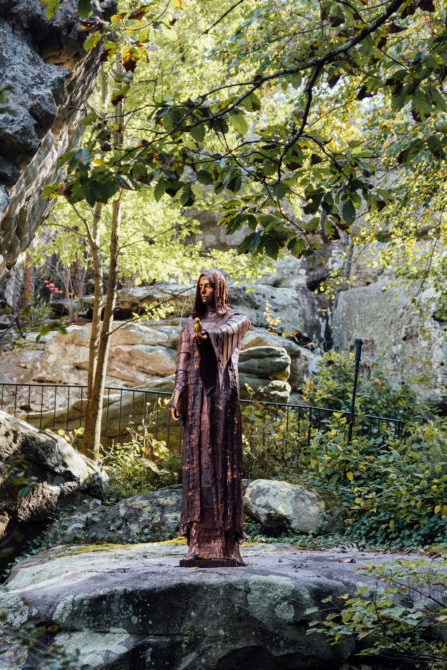 Artist Jack Denton has completed his newest sculpture Villa Aviana, which means “house of birds” that can be seen at Rock City Gardens. Denton said, “The concept for this work is based on the idea of what the iconic See Rock City Birdhouse might look like if the birds made their own house from native plants.” 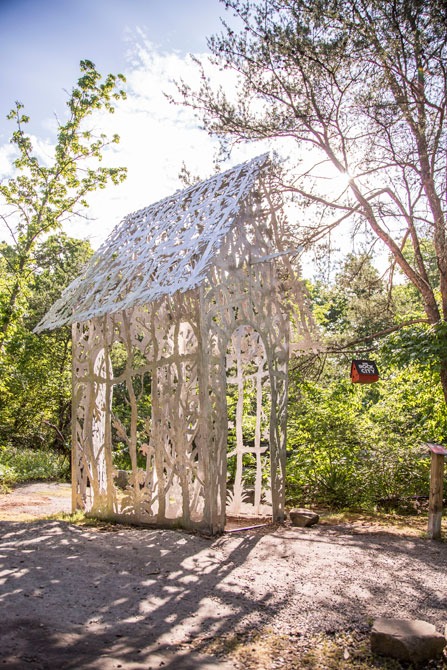 Mr. Brandt began this project on January 8, 2011 and built it offsite using new and recycled mild steel, recycled stainless steel, and red oak logs that had fallen from a tree on Rock City’s property. Inspiration for this piece came from several sources, including Rock City itself. “The goal was coming up with a design that fit the natural feel of Rock City,” said Mr. Brandt. “For me, Invitation is a testament of what can be accomplished if one simply shows up and is an active participant in life. It’s a symbol and a remembrance that signifies the leaving behind of an old life and the beginning of a new one.” 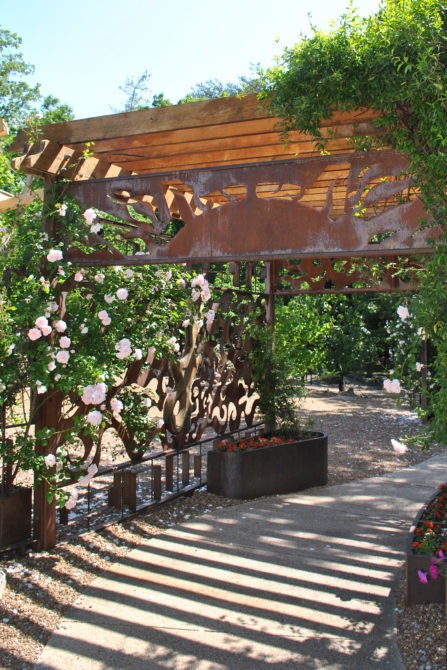 “When I visited the site at Rock City where I’d install the art, Rock City’s history really stuck out to me,” said Mr. McLeod. “The Native Americans called this place home before European arrival, and also Frieda Carter, (Rock City’s original gardener) originally treated the trail as a botanical garden. Both of these influences brought to mind a quiet experience of paying attention to where we are. I believe, with our high speed culture, being present and focused on where we are, is often a forgotten concept. Ancient sculpture did many things for society, some of which was to remind that culture of what was most important to it and give their viewers a time to stop and quiet the spirit. My hope is that my work at Rock City will be a part of the quieting of the spirit and a focal point questioning what is truly important.” 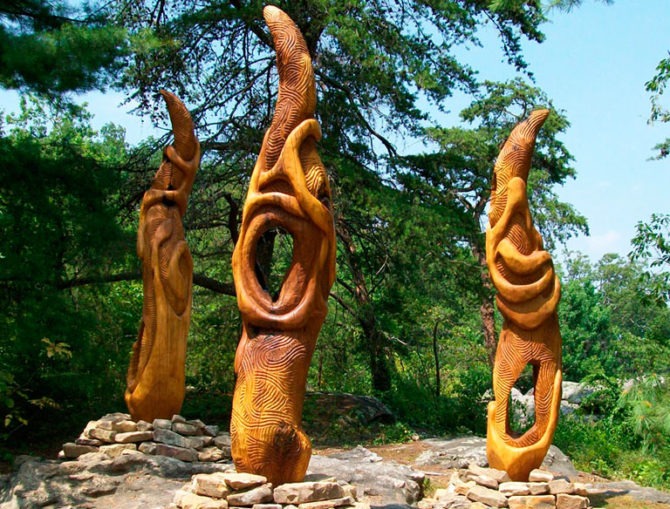 John Henry has installed his art piece Prometheus​ at the entrance of Rock City Gardens. This is an aluminum structure built in 2008, weighing 1,000 pounds. “This sculpture will beautify the doorstep of Rock City,” said Andrew Kean, (past) president of See Rock City, Inc. “We’re still striving to pursue the cultivation of the area’s local creative talent through opportunities like this with Mr. Henry.” 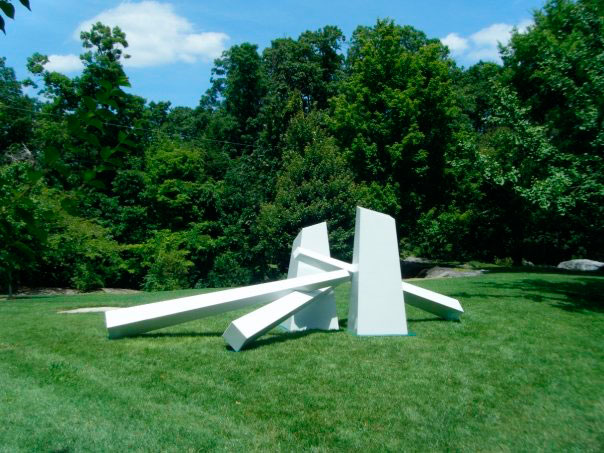 “It is an honor for me to present the first permanent sculpture at Rock City,” said Mr. Duncan. “I specifically used reclaimed materials to treat the sculpture, coinciding with Rock City’s efforts of recycling and protecting the environment.”

“Rock City Gardens recently commissioned Isaac Duncan, a locally based and nationally known sculptor, to create and install this piece,” said Andrew Kean, (past) president of See Rock City, Inc. “We’re continually pursuing the fundamentals of reducing, reusing, and recycling, but we also have a responsibility to cultivate the area’s local creative talent through partnerships, such as this one with Mr. Duncan. Rock City is the premier venue for displaying Chattanooga’s finest to the world!” 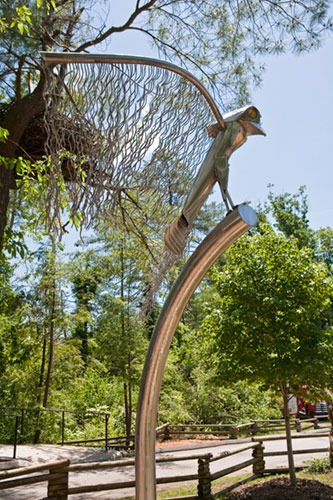 Iron Age  is constructed of welded steel, fiber and steel reinforced concrete. The sculpture was made in North Carolina and is a part of a series of works heavily influenced by the many Neolithic standing stones Halligan saw while traveling to Ireland, Scotland and Wales. He is drawn to these structures because they represent some of the earliest beginnings of large-scale sculpture and architecture, but they also continue to have a strong impact on the modern viewer. For many, including himself, they initiate an emotional response. 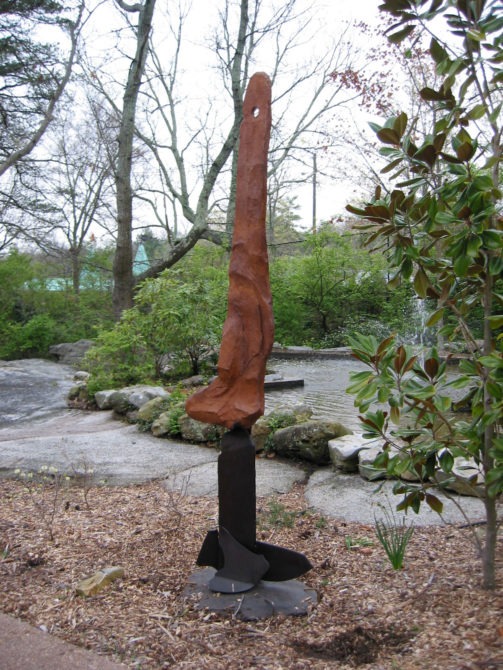