Come experience an amazing Birds of Prey Show in Rock City’s Critter Classroom, offered seasonally. Through our partnership with Wings to Soar, guests can enjoy this rare opportunity to witness these powerful and majestic birds up close. A unique experience high atop Lookout Mountain. 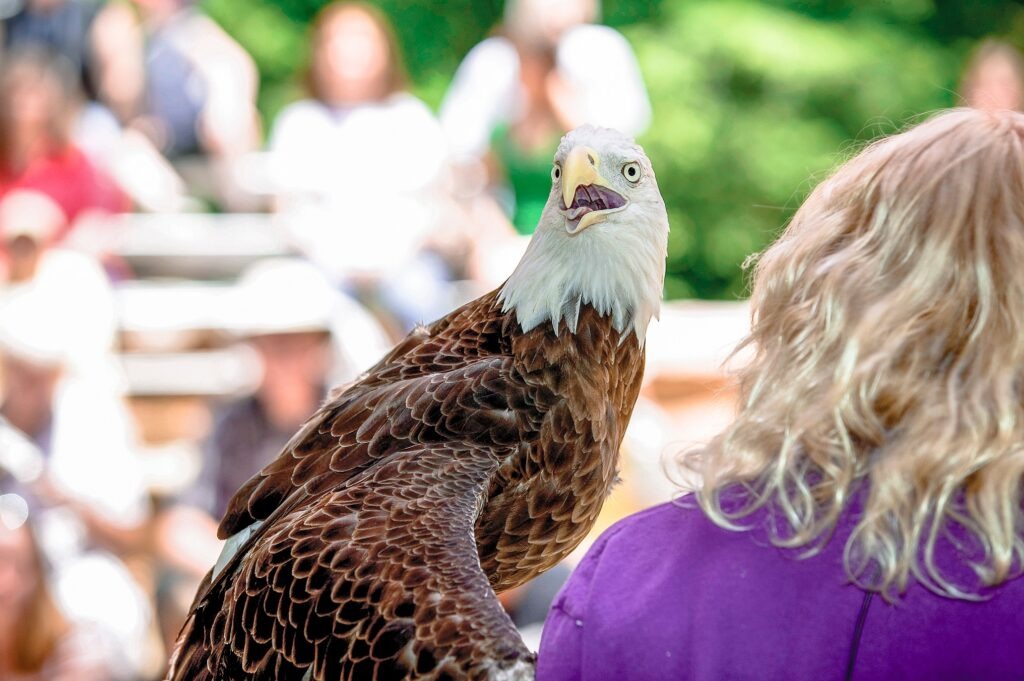 A pair of peregrine falcons were placed in the hackbox at Rock City on Thursday, June 4, 2020 with plans to release them into the wild in about 2 weeks. 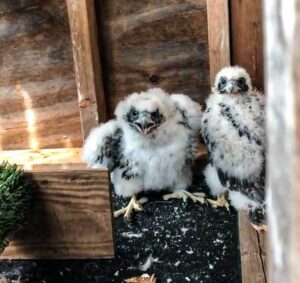 Past releases of peregrine falcons from Rock City:

*Fun Fact: almost all of the bird names have been chosen by Rock City’s social media followers. 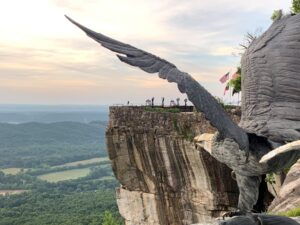 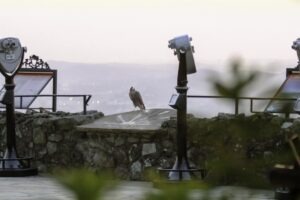 Rock City released a brother-sister pair of falcons, Apollo and Artemis, into the wild.

The sibling pair of falcons arrived at Rock City on June 13 from a breeder in Minnesota, Andy Kramer. The brother and sister spent approximately three weeks in the hack box before they were released on Wednesday, July 3. Rock City had its social media followers help name these two birds and Apollo and Artemis were chosen. Peregrine means “to wander” we hope you’ll come wander Rock City’s Enchanted Trail.