Celebrate St. Patrick’s Day with the fun activities at Shamrock City! You’ll find fun for the whole family with Irish music, dancing, food, and more. Check out the event activities below, and don’t forget to pick up a souvenir!

(see calendar of events above for event details)

Presenting a fun mix of exciting instrumentals and ear-catching vocal numbers, including some classic singalongs, Stringer’s Ridge crosses musical and geographic boundaries. Their music has diverse and eclectic influences with a strong focus on Celtic, Old Time, and String Band music – but they can veer off into other eclectic/world/fiddle genres or even put their unique twist on an old pop song that is sure to get the listeners’ attention.

Stringer’s Ridge celebrates its second band anniversary in March 2020, and continues to push the boundaries with concert stage, club performances, fairs, events, and more in Chattanooga and beyond. They have been featured on numerous festivals and radio broadcasts, and played at breweries, restaurants, coffee houses, and for private parties. Since November 2019, they have been a part of the regular lineup for Celtic Saturday Nights at Honest Pint.

Chattanooga multi-instrumentalist and mountain dulcimer maestro Butch Ross has tackled everything from Radiohead to Bach and come away with a renewed appreciation for what the humble dulcimer is capable of. No genre is off-limits, nor is there a limit to what Ross has envisioned for this specific instrument. The dulcimer is an unassuming thing, with a handful of strings and a history that feels embedded in the lineage of countless Appalachian musicians. But Ross has taken it and made it something more, something remarkable and versatile. His music is born from his respect for its abilities, a respect born from the years he’s spent prying apart its pieces and discovering new sounds where none existed before. It is this groundbreaking and iconoclastic approach that caused ukulele-virtuoso Jake Shimabukuro to comment, “Now I know what a dulcimer is supposed to sound like.” Ross had been a touring singer/songwriter when he was given a mountain dulcimer for his birthday. At first, the instrument was a curiosity but before too long it became his instrument of choice. A chance meeting with musician, author, and producer Robert Force (himself a dulcimer iconoclast) led to the 2005 release The Moonshiner’s Atlas and a complete change of focus. Since then, Ross has become an in-demand performer at folk and dulcimer festivals through the US and Europe. He’s performed at such festivals as the Central Ohio Folk Festival, Falcon Ridge Folk Festival, the Lancaster (UK) Music and the prestigious Philadelphia Folk Festival.

The Molly Maguires are a local Chattanooga favorite featuring some of the best Irish, Celtic, and Scottish tunes around. “We’re the Irish band your mother warned you about.”

The Wolfhounds are an Irish/Celtic acoustic folk duo based out of Chattanooga, TN. The band features an eclectic mix of instrumentation and perform a “wide variety of high-energy Irish tunes, ranging from the Clancy Brothers to the Pogues and everything in-between.”

Members of the Chattanooga Pipe Band will be present and roaming throughout the gardens daily performing some of their favorite Irish tunes.

Local harpists will be performing classic Celtic and Irish tunes on the harp.

In March, look for Serviceberry, Red Maples, and Pansies blooming in our gardens. Don’t miss the breathtaking views from Lover’s Leap as spring blooms at beautiful Rock City Gardens! 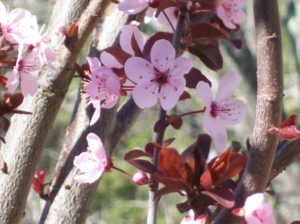 Rock City is proud to once again partner with the MDA (Chattanooga District of the Muscular Dystrophy Association) for Shamrock City and participate in their Shamrocks for Dystrophy fundraiser.

Rock City will be selling Shamrocks for Dystrophy ($1 green, $5 gold) throughout the park beginning March 1 and throughout our Shamrock City event.

What your dollars will buy by supporting the MDA:

The money raised during the Shamrocks against Dystrophy Campaign will help provide the above services to individuals living right here in our community.