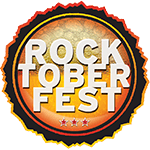 All performance times can be found in the calendar above.

The Musik Meisters is a Nashville based polka band that has been rolling out the barrels with audiences around the United States for over a decade. The Musik Meisters have been the featured house band at the historic Gerst Haus restaurant located in downtown Nashville for many years and are proud to call it home! This band is as pure and authentic as it gets. Wearing their Tyrolean attire and singing in German; your heart can only be happy as you move to the polka beat. Besides their regular “gig” at the Gerst, the band enjoys playing performances at ethnic festivals, celebrations, Oktoberfests, and private events large and small. Come listen to the happy music and raise your stein…Prosit!

The Wurstbrats is Chattanooga’s premier oompah band. They perform at festivals, parties, dances, and listening sessions, as well as play the Chicken Dance as many times as they are dared. Wurstbrat: 1) A sausage usually made from unruly children 2) The top oompah band in Chattanooga, TN.

The origin of Nashville’s Best Wurst Band traces back almost 20 years when the Gerst Haus restaurant (Nashville) opened its last location. Members of the Best Wurst Band played in one of the house bands (Alpine Mountain Band) several nights a month until the band leader retired. The music continued on under its new name until the restaurant closed early this year. The group has enjoyed performing throughout Tennessee for a wide range of events and venues from Oktoberfest celebrations to tailgate parties. The specialty of the group is German and European music, but the range of experience its musicians have enables it to perform other styles including dance band and jazz music

Rock City is proud to once again partner with the Mary Ellen Locher Scholarship Foundation for this year’s Rocktoberfest in conjunction with breast cancer awareness month. 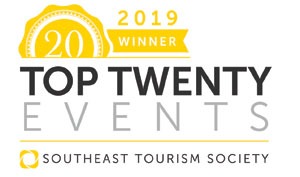